Freezefest is excited to collaborate with UK based event production company Swag Goat Productions on our newest event! The Extinction Level Event Release After Party will take place on March 5th and feature 20 artists from Freezefest and Swag Goat Productions. We are trying an alternative approach to running the event with the original festival lasting 10 hours and then a replay event lasting another 10 hours beginning immediatly after the original festival. This will allow members from more timezones than have previously been able to attend Freezefest events attend the event. There will be 10 artists from the Freezefest network and 10 artists from the Swag Goat network performing. The event will serve as an after party to the Slushii album release on March 3rd. The festival will be streamed on Twitch as well as include a 3D interactive environment hosted by Mozilla Hubs to party in that will appear on this website on the day of the festival. We hope to see you there! 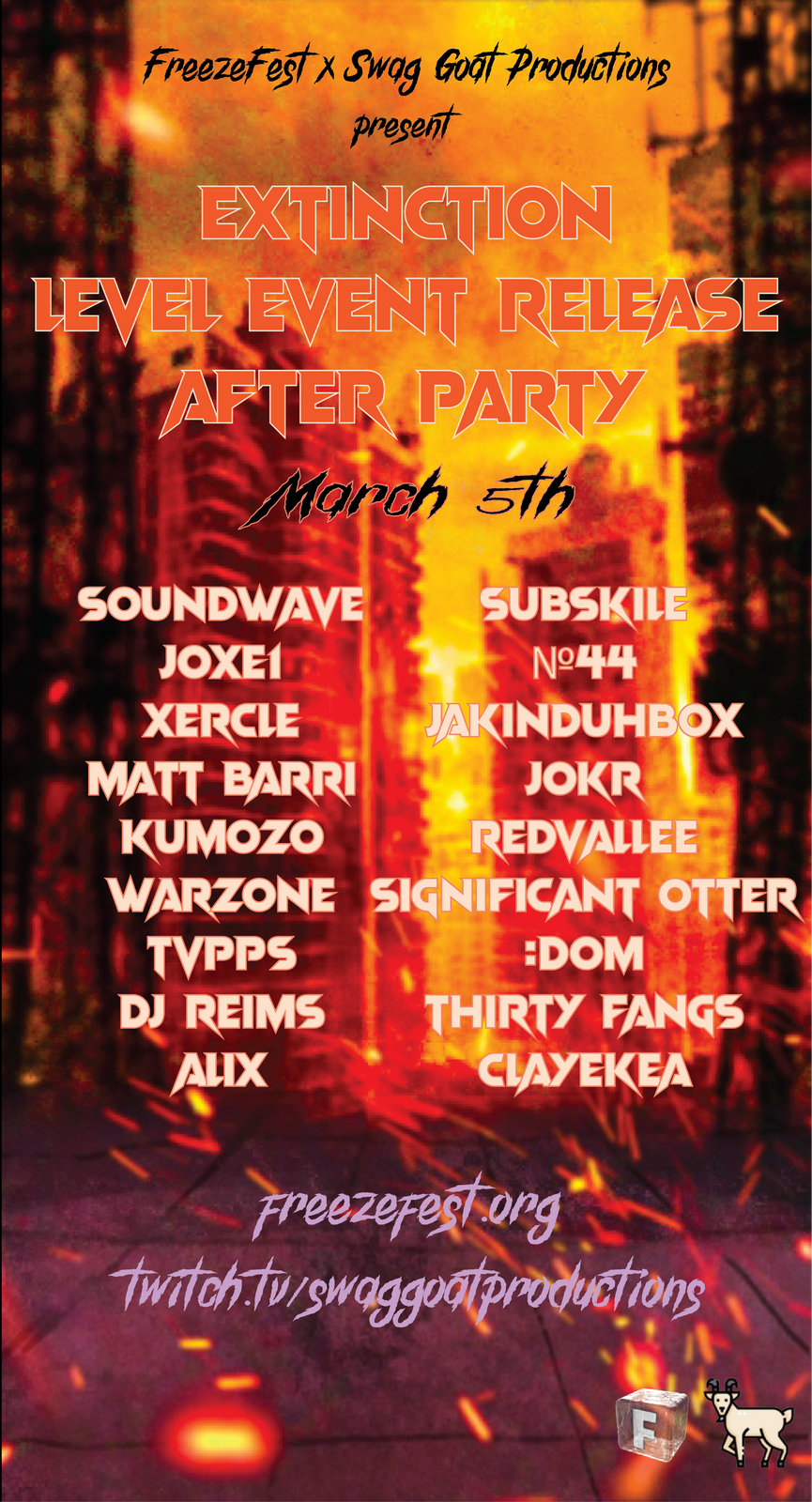